As you all know, I am not afraid to get into an uncomfortable spot to get a great photograph. The earthquake in Japan was obviously more than a little uncomfortable, I spent the last few days in Seoul, South Korea in another uncomfortable spot. Being only about 40 kilometres from the 38th parallel and the de-militarized zone, I know that every cannon, gun and missile of the North Korean army is pointed at this city. It makes me feel a little uneasy, but obviously not as much s watching buildings sway and shake around me.  In any event, I am tasked with bringing you images and experiences from many different locations and cultures, so I am not stopping now. My only problem is that there was an entire boulevard with enormous camera stores and I heard them calling my name! I spent an entire morning shopping for a new lens and ended up purchasing the new Canon EF 70-200 f2.8L IS II lens. This should help me produce some glorious new images, but it killed an entire morning in Seoul. I had to really speed up my day in order to bring you some Korean culture.  I started with Deoksugung Palace and a traditional display at the main gate. I then made my way north by a series of government buildings and while photographing a line of South Korean flags, I was run up on by military police yelling at me because there were no photographs allowed in this area. Getting run up on by military police is an experience in itself. Add to the mix a guy with a gun on his belt, screaming at you in a foreign language can really test your nerves!  I made my way past the legion of police and to Gwanghwamun Gate where there was another display of traditional guards and music. The colours were vibrant and made for some amazing photos.  My last two stops were listed as UNESCO World Heritage Sites. Changdeokgung and Changgyeonggung Palaces were also great to photograph, but did not have any of the traditionally dressed guards that the previous locations had. I have visited a huge number of world heritage sites, so when I have some time, I will try to make a blog post of all of the locations I have visited.  Instead of taking the subway back to my hotel, I decided to walk it in the frigid cold. As cold as the day was, it was a great idea because I got to see the entire city. I walked through the four outdoor arcades that had enough construction materials, lighting and small appliances to fill fifty Home Depot stores!  After an entire day of negotiating, running to the bank, walking an entire city and toting my gear through freezing temperatures, I treated myself to an epic feast.  I found a second floor Korean BBQ restaurant that was very traditional, where I needed to remove my shoes and sit on the floor. A container of red hot charcoal was then put in a cavity in the table and my order consisting of four meats was placed in front of me. It came with ten bottomless plates of Korean Delights. I was served Kimchi, bean sprouts, fresh homemade pickles and various other items that were replenished as I devoured them. Contrary to what I have experienced at Korean BBQs back home, the staff actually came to my table and prepared all of my food for me as I watched and enjoyed. They did not let me do any of the work as they explained how to eat everything “Korean Style” and I was not allowed to leave until I could not eat another bite!  Seoul was another great location to get a taste of a very different Asian culture and some fantastic eats! 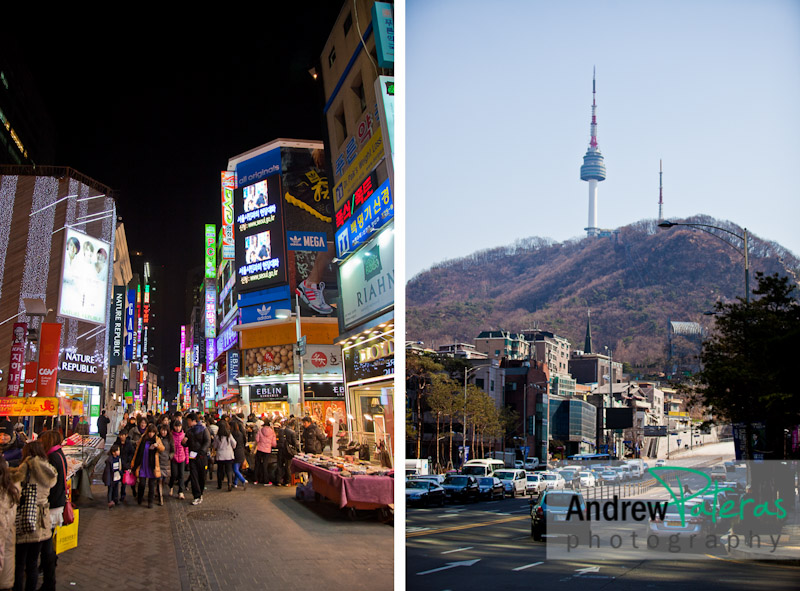 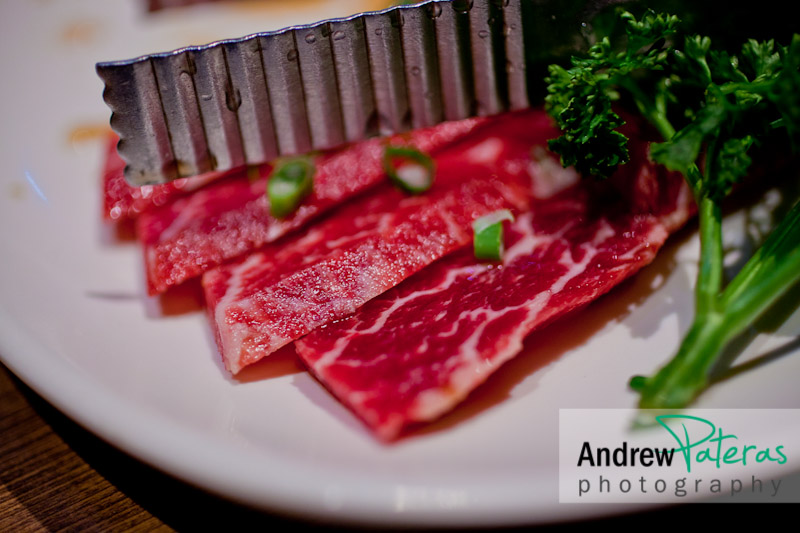