From the moment my plane touched down in Varanasi, I could tell I was going to capture some amazing images during my time here. The drive from the Airport to my hotel was just under an hour and I could not resist hanging out of the window and shooting hundreds of frames. Countless pilgrims make their way here from all around the globe as Varanasi has a huge significance in the Hindu religion. The first series of photos are shot at a medium ISO right out of my speeding taxi!
My reason for being here was to enjoy a deeper cultural experience than my last time I was in India. As I arrived, I had no idea what was waiting for me during my short stay.
The first night I decided to venture out on my own which was probably the dumbest thing you can do in Varanasi. The roads are absolutely chaotic and finding a specific location was near impossible. The narrow alleys make for wonderful photos, but also acted like a labyrinth, confusing even a well-traveled photographer! Finding my hotel after dark was also not the smartest plan as there are scheduled and unscheduled blackouts in Varanasi. I could hardly see my hand in front of my face and if it were not for the odd motorcycle passing by, I think I would have been searching all night.
After a hearty Indian breakfast at the Varanasi Homestay (www.homestayvaranasi.in/), I was on my way again. I should really mention that after doing a lot of research online, there is no better place to stay in Varanasi. The owner Harish and his family went out of their way to make sure my stay in Varanasi was a memorable one.
Having a whole day’s worth of light to work with, I decided to intentionally get lost in the city’s tiny alleys. The warm and friendly locals were more than happy to have their picture taken. Again, my white 70-200 lens attracted a ton of attention and I was actually called over to take photos of people. I happily obliged and you will see the results below are simply amazing.
The next part of my day was one of the main reasons I had decided to visit Varanasi. Cremation is a big part of the Hindu culture and the Manikarnika Ghat is the location for up to 400 cremations per day. I planned on visiting the “Burning Ghat” but I actually found it by accident. As I was wandering through the narrow alleys, a funeral procession found me. The dead are carried on the shoulders of relatives, through the streets and down to the River. I was almost run down by one of these processions and the only reason I was alerted they were coming around a corner is that I heard the Hindu chants as they were almost upon me. With respect, I put my camera down but could not help but capture a few frames from a distance as it was such a powerful sight. I guess that is just the photojournalist in me, requiring to tell an entire story in pictures.
As I followed the huge group through the windy streets, we passed massive stacks of wood, perpetually being stacked with new shipments arriving by cart and boat. I then passed two huge scales used to weigh the wood. I found out later that it is sold by the kilogram and it takes 250kg of wood to consume a small body and 350kg of wood for a large one.
The smell of fire and smoke filled the air and as I rounded one last corner, there it was only about 20 feet away. Alon with the familiar aroma of fire was a very unfamiliar one, I dare not even start to think about what it was.
The entire area was dotted with cremation pyres. I was overwhelmed, not noticing that my camera was down and dangling around my neck. I have seen amazing and interesting sights in my travels, but none more raw than this. As the wind changed direction, I was hit by a heat blast from the pyres and I was immediately covered with ash. I managed to snap one photo from this angle before I realized that I was probably covered in burned human remains. It was then that I decided to find a better vantage point.
The rest of my afternoon was spent exploring the many other Ghats (a Ghat is a staircase down to the river) and temples.
At 5am the following morning, I was up and in a Tuk Tuk, heading back to the river for a sunrise row boat cruise on the Ganges. This provided me with a different vantage point of the city and let me test out the high ISO settings of my new Canon 5D Mark 3.
As we approached the Burning Ghat, again I was drawn to it with immense curiosity. I sat and looked on at the many burning bodies. They are out in the open, wrapped in a cloth and placed on the stacks of wood.
Even though it was only a few degrees above freezing, there were pilgrims in the river, worshiping and washing at the crack of dawn. As I snapped over 900 frames in the hour on that small boat, the sun finally burned its way through the morning fog. A crimson sphere that rivaled may other sunrises that I have witnessed!
Now its onto my next destination: The backwaters of Kerala to shoot my first destination wedding in India! You definitely don’t want to miss this… 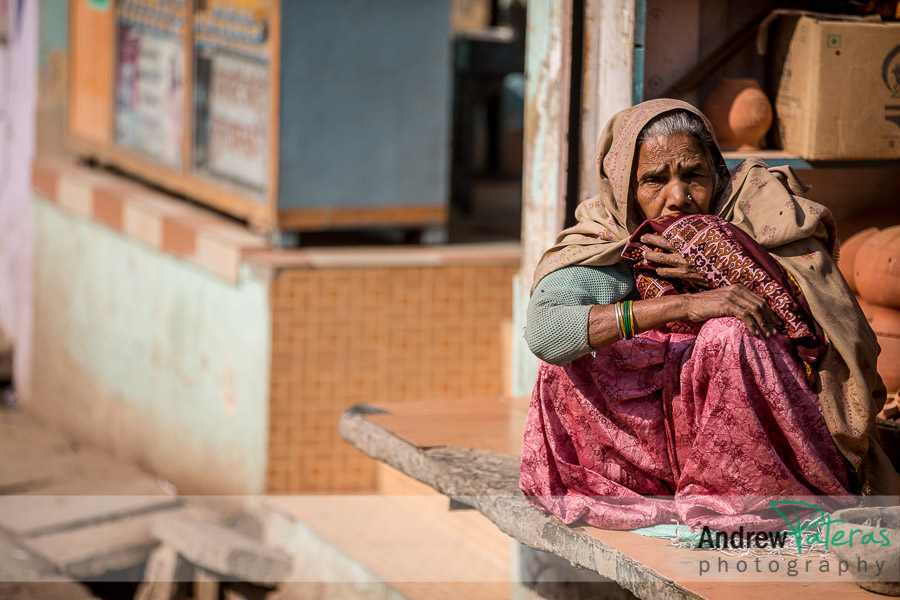 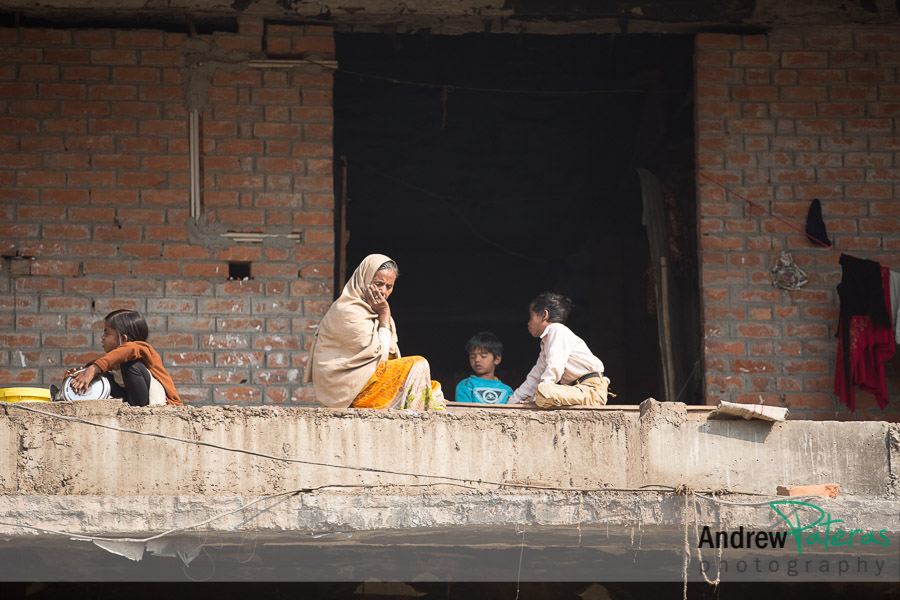 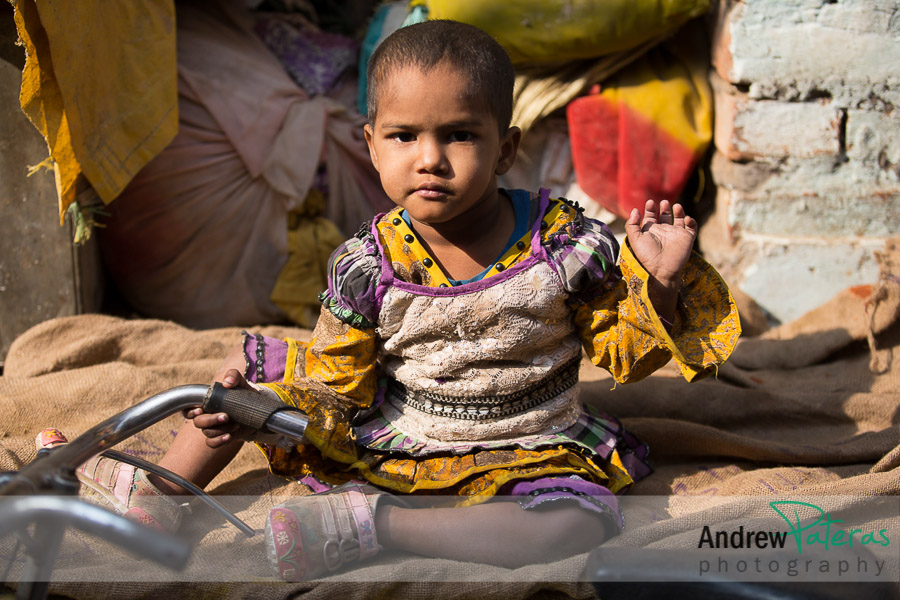 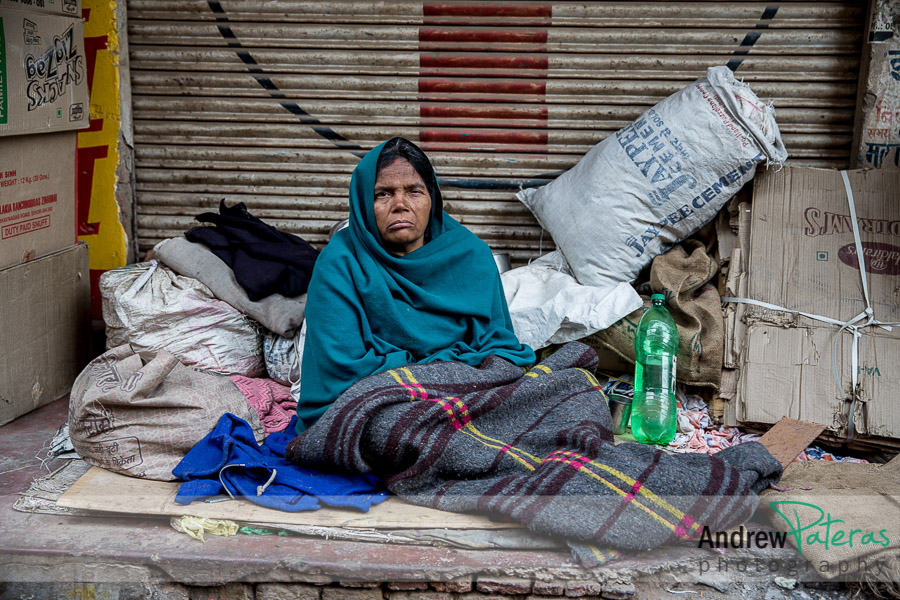 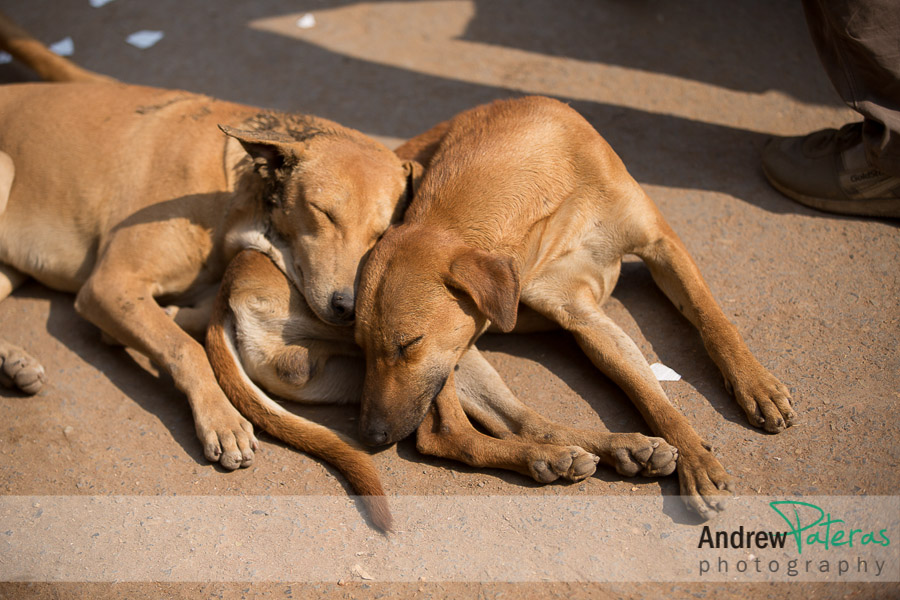 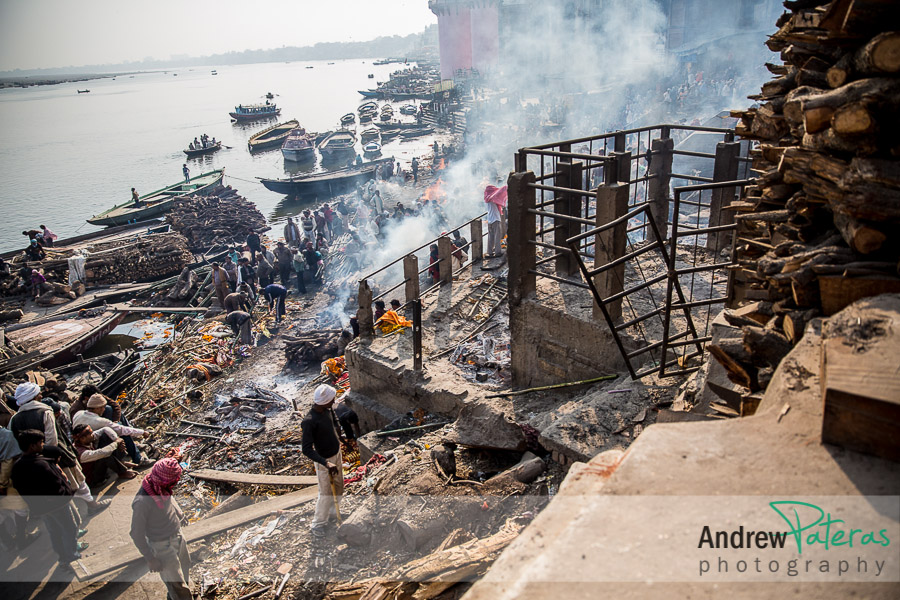 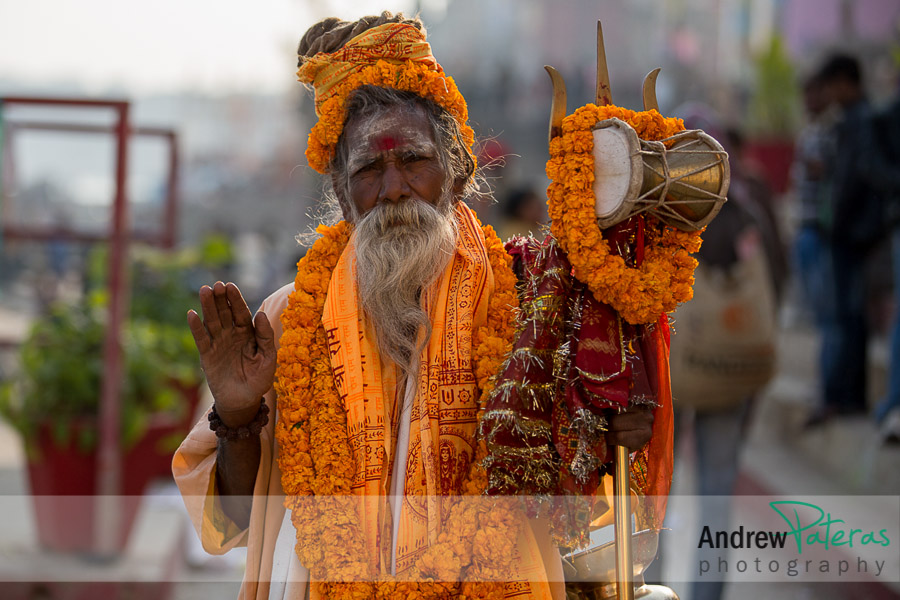 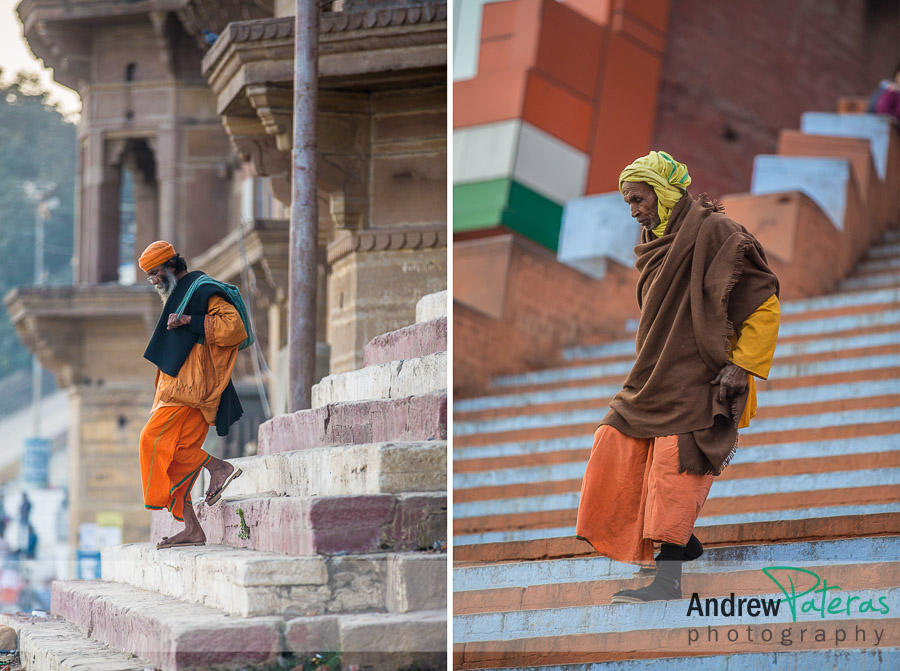 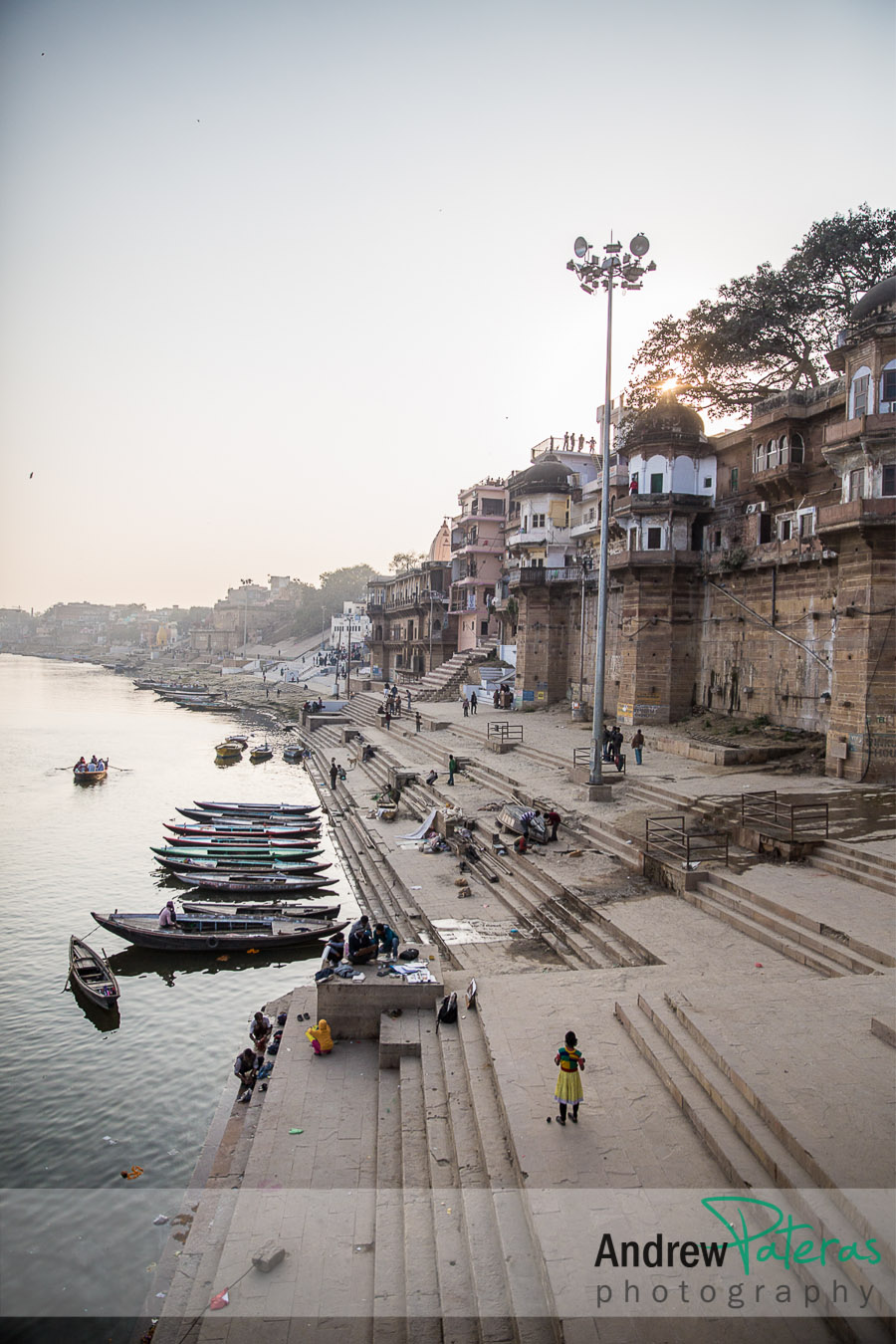 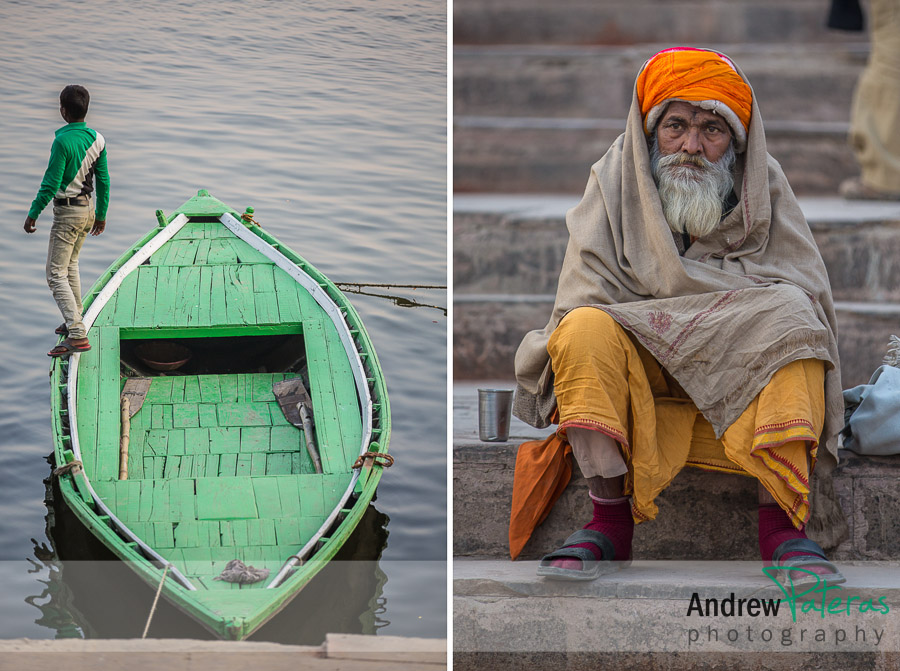 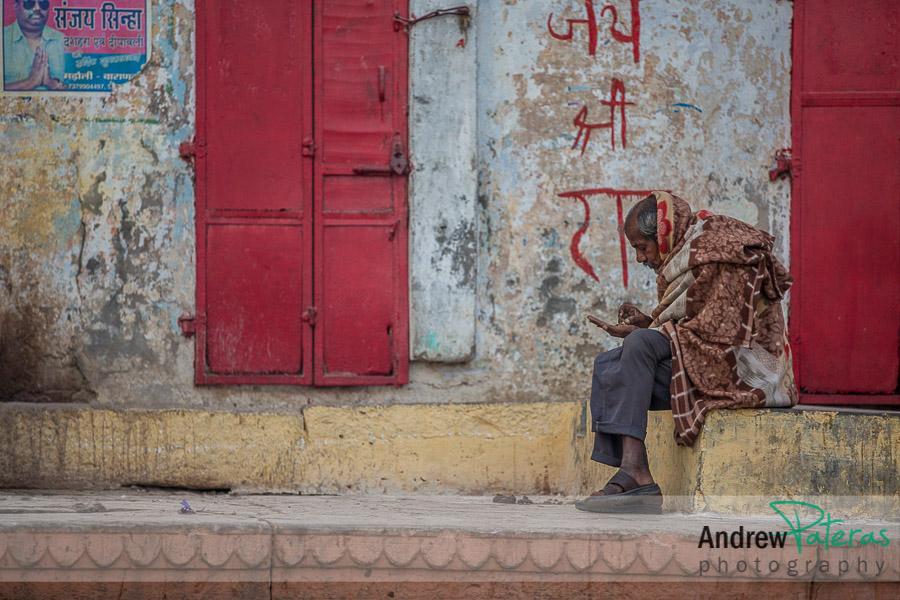 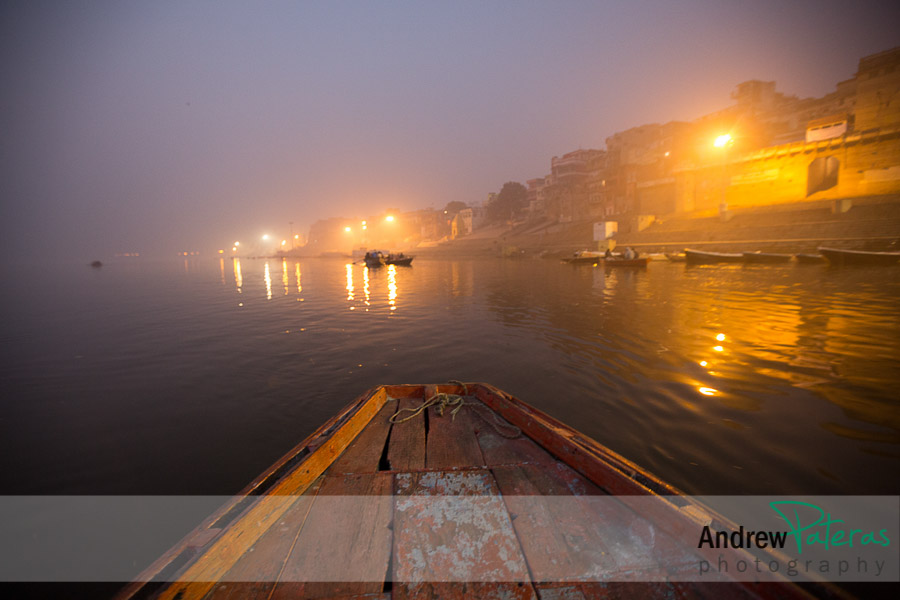 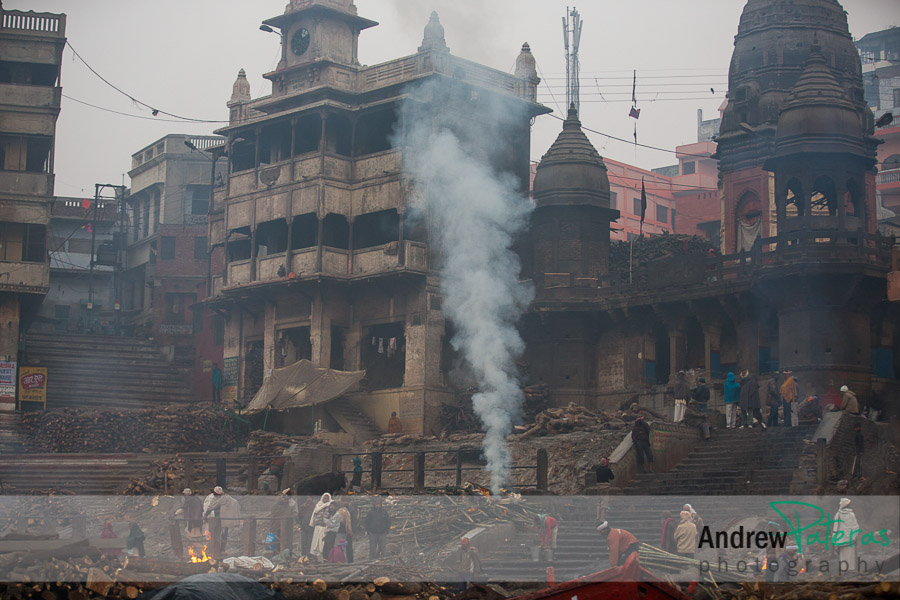 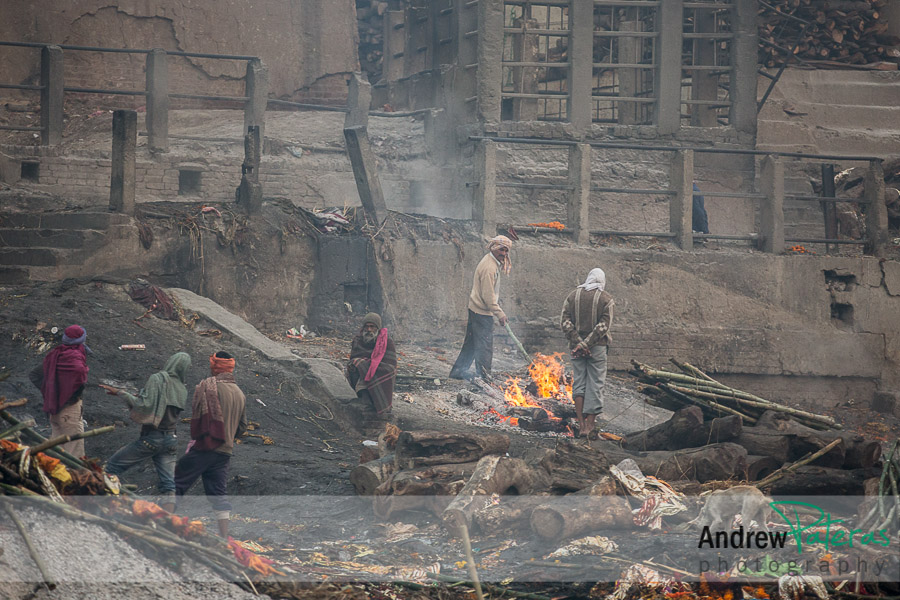 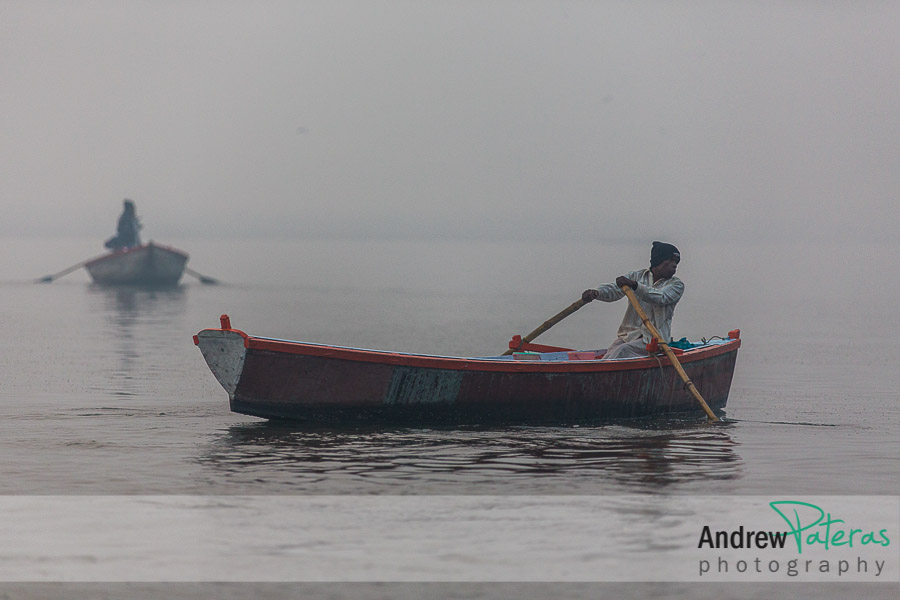 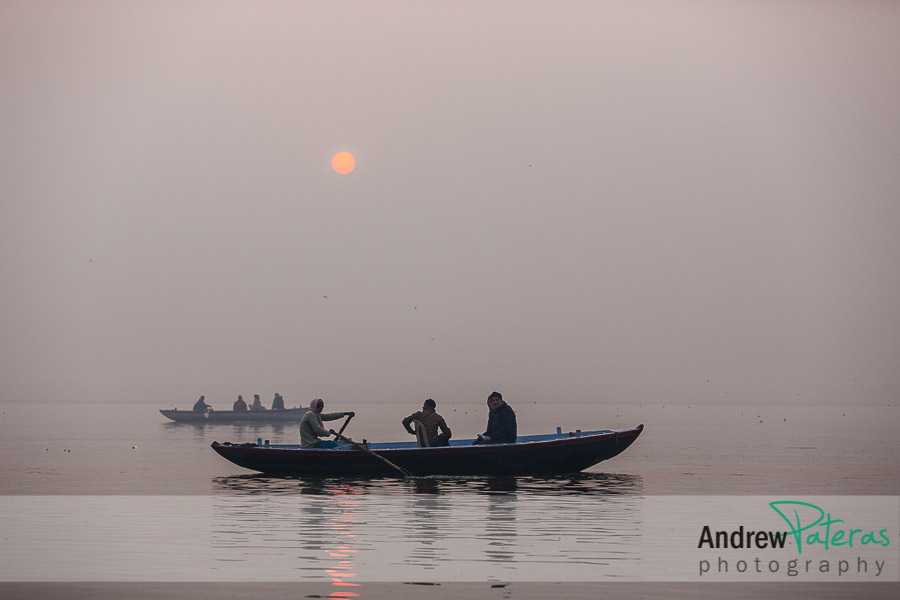